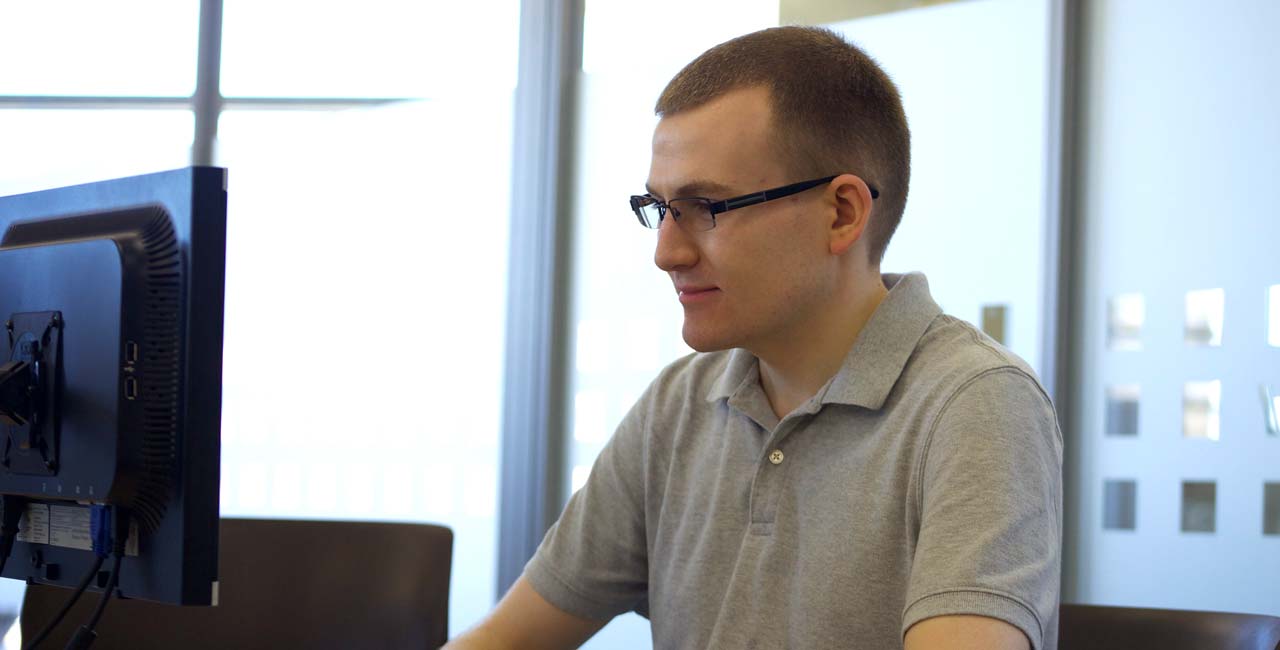 "Once I had a solid support network, my self-confidence just grew…”

Michael "Quiz" Quisler was one of those little kids who teaches adults about computers, going back to the first grade when he reinstalled Windows 95 on his father's PC. But Michael's path to graduation from Mid-State's IT Network Specialist program wasn't an easy one. "In the beginning, I was struggling with depression and anxiety," he says. "Getting out of bed each day was a challenge, let alone doing well in my classes.”

Things started to turn around for Michael when he forced himself to use a membership to the YMCA that he’d received as a gift from his church group. "As hard as it was to start doing it, working out gave me some much-needed mental clarity," he remembers. Soon after, he was able to add "reaching out" to his regimen, starting with talking to his student success counselor and the disability services staff at Mid-State. "Once I had a solid support network, my self-confidence just grew," he says. From then on, Michael transformed himself from a student on the brink of dropping out of Mid-State to a student excelling in his classes and looking forward to graduation.

This summer, approaching his final semester, Michael reached out again, this time to the IT department at Sentry Insurance in Stevens Point. His plan was simply to ask questions and weigh the pros and cons of working in server administration vs. information security. Incredibly, during that meeting Michael was invited to interview for a current opening, and that interview turned into an offer to start working for Sentry part-time right away with a plan to transition to full-time after graduation.

Although it's not unusual for our graduates to have a job waiting for them after graduation, one of Michael's IT instructors, Casey Trader, points out that this case is a little different. "In the past, Sentry has tended to seek applicants with four-year degrees for positions in IT," says Trader. "For them to pursue one of our students for hire, before graduation, is a testament to the strong education students receive from Mid-State and to the way Michael fought for his own success."

Looking back, Michael remembers feeling so overwhelmed by the work and effort school required of him that it was hard to see the point of staying enrolled. "I'm just glad that I kept going when I was really struggling," he says now. "It was worth all the effort."