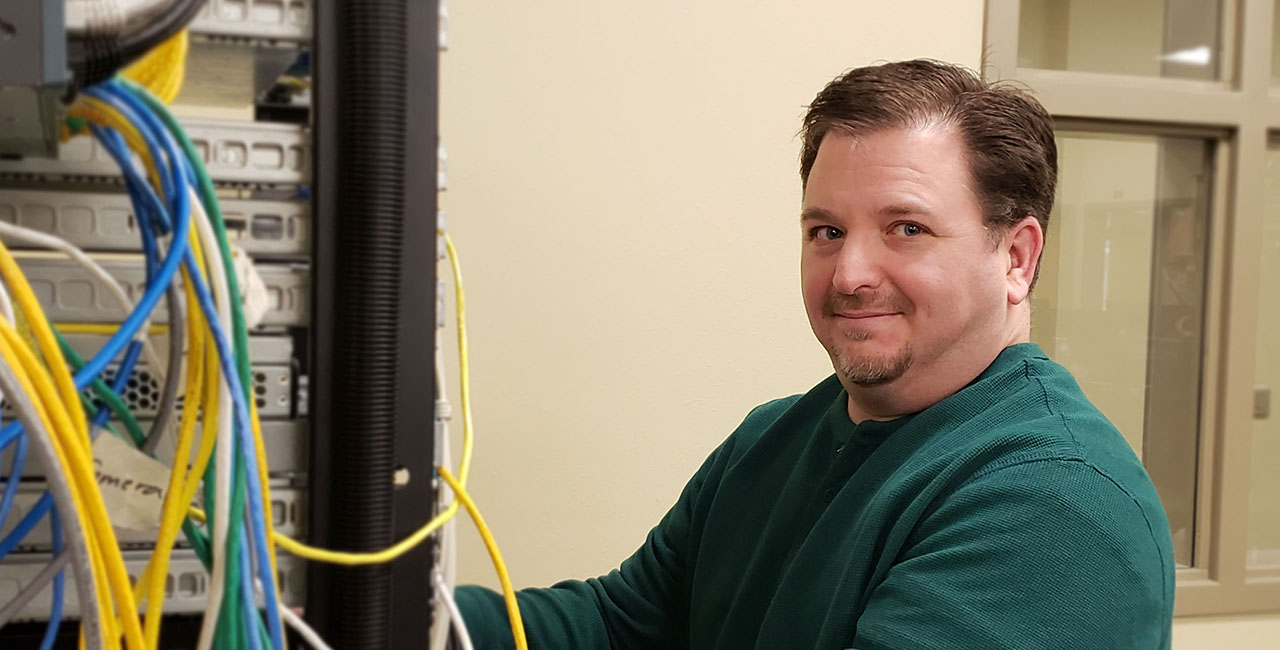 “Your instructors are right there with you. They want you to understand and succeed. They’re not just going through the motions of teaching.”

After working for 25 years in the automotive industry, mainly in management positions, Jason Schiestle is now graduating with an associate degree from the IT Network Specialist program. The change from working at General Motors to getting a degree from Mid-State was, he says, “for my health and sanity.” As a full-time single father, the travel that came with his job was too much. He wanted to change careers. Since IT was a side-hobby-turned-side-business, he knew which program to choose.

It wasn’t always easy. Full-time credits plus working as much as he could to keep up with bills left Jason feeling like he didn’t have enough time with his son. However, he knew it was temporary, and ultimately he wanted to make a better life for himself and his son.

Jason also says age was a challenge for him in his program, referring to himself as the “resident old guy.” Soon, though, his classmates started coming to him with questions. “That really broke the ice,” says Jason, “I could relate to them, and them to me. I’m a pretty reserved person, so that allowed me to open up.”

When asked what he loved most about Mid-State, Jason was quick to say it was the relationships he built. With classmates—and with instructors. “Your instructors are right there with you,” he says. “They want you to understand and succeed. They’re not just going through the motions of teaching.”