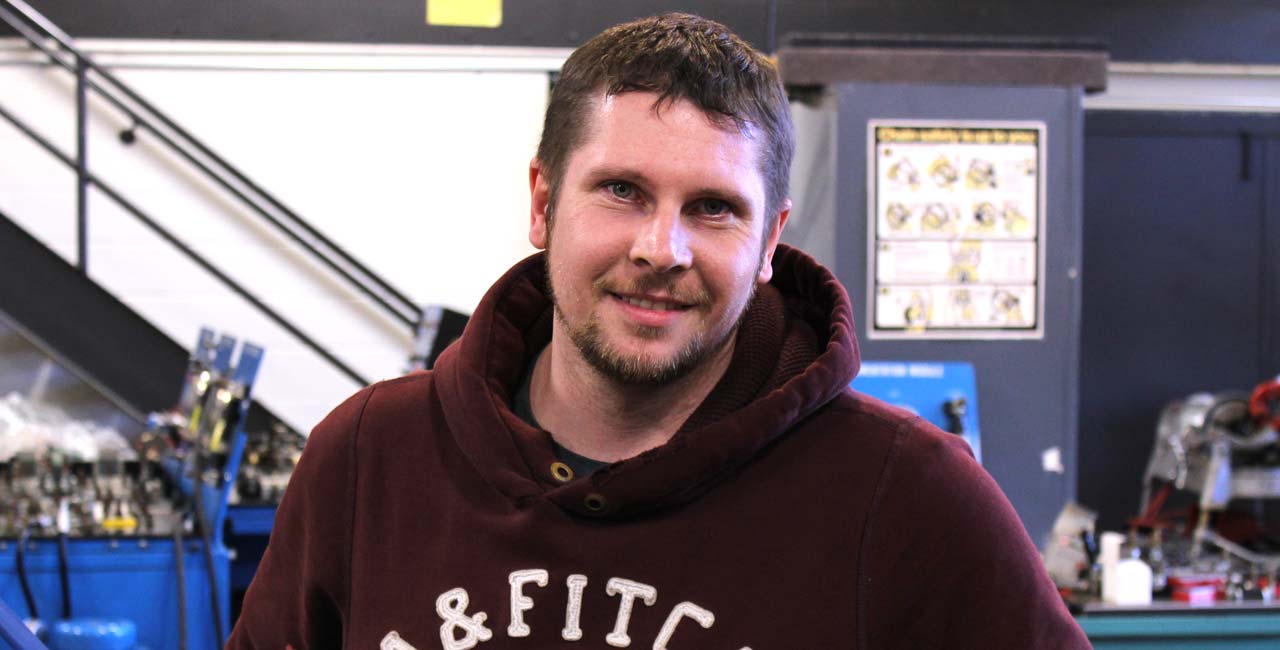 “I got the job, and that’s when I finally realized I was going to make it.”

When David Riddle enrolled in his first Industrial Mechanical Technician course, he knew it would be a good fit for him. "I've always enjoyed working with my hands and learning a little bit about everything," he says. He was also looking forward to much better career choices and pay that were waiting for him on the other side of graduation.

But David would have a lot more to worry about than school for the next two years. Being a single parent of two young children while working and going to school full time is a big load for anyone to carry. Looking back, he says, “I really struggled knowing that I may not always be able to give my kids the attention they would need while providing for them and getting my education.”

But his challenges only deepened when he learned just prior to starting at Mid-State that his infant son had medical issues that would make him different than other kids. "What got me through this time was knowing that my kids' lives would be better in the long run," he says. "My son was a huge motivator that got me through the hard days, and I also knew that my daughter would eventually see that if you don't give up, you can reach your goals."

David's setbacks seemed to grow and multiply in that first year. His father went through some personal issues that would reach into David’s life, and his son's medical condition worsened. But things finally started to turn around. "By the end of that second semester, my family seemed to be getting back on its feet," he says. Later that year, while still working on his degree at Mid-State, David applied for his first career-related position in maintenance. “I got the job,” he says, “and that’s when I finally realized I was going to make it.”

Today David stands out as an especially hard-working and persistent student who is now poised to embark on a promising future for himself and his family, a future of his own making. "Between the amazing instructors and the skills I've worked hard to develop, there hasn't been a single moment during my time at Mid-State that I've regretted."